The next generation of power electronics? Gallium nitride doped with beryllium 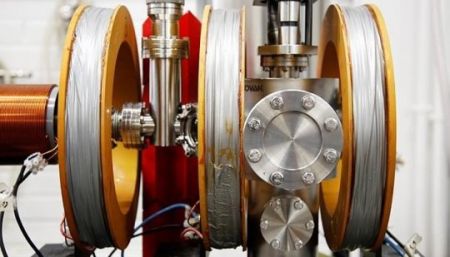 Physicists have made a breakthrough in revising methods largely discarded 15 years ago. They have discovered a microscopic mechanism that will allow gallium nitride semiconductors to be used in electronic devices that distribute large amounts of electric power.

The trick is to be able to use beryllium atoms in gallium nitride. Gallium nitride is a compound widely used in semiconductors in consumer electronics from LED lights to game consoles. To be useful in devices that need to process considerably more energy than in your everyday home entertainment, though, gallium nitride needs to be manipulated in new ways on the atomic level.

"There is growing demand for semiconducting gallium nitride in the power electronics industry. To make electronic devices that can process the amounts of power required in, say, electric cars, we need structures based on large-area semi-insulating semiconductors with properties that allow minimising power loss and can dissipate heat efficiently. To achieve this, adding beryllium into gallium nitride -- or 'doping' it -- shows great promise," explains Professor Filip Tuomisto from Aalto University.

Experiments with beryllium doping were conducted in the late 1990s in the hope that beryllium would prove more efficient as a doping agent than the prevailing magnesium used in LED lights. The work proved unsuccessful, however, and research on beryllium was largely discarded.

Working with scientists in Texas and Warsaw, researchers at Aalto University have now managed to show -- thanks to advances in computer modelling and experimental techniques -- that beryllium can actually perform useful functions in gallium nitride. The article published in Physical Review Letters shows that depending on whether the material is heated or cooled, beryllium atoms will switch positions, changing their nature of either donating or accepting electrons. "Our results provide valuable knowledge for experimental scientists about the fundamentals of how beryllium changes its behaviour during the manufacturing process. During it -- while being subjected to high temperatures -- the doped compound functions very differently than the end result," describes Tuomisto.

If the beryllium-doped gallium nitride structures and their electronic properties can be fully controlled, power electronics could move to a whole new realm of energy efficiency.

"The magnitude of the change in energy efficiency could as be similar as when we moved to LED lights from traditional incandescent light bulbs. It could be possible to cut down the global power consumption by up to ten per cent by cutting the energy losses in power distribution systems," says Tuomisto.

Image is credit to Hanna Koikkalainen