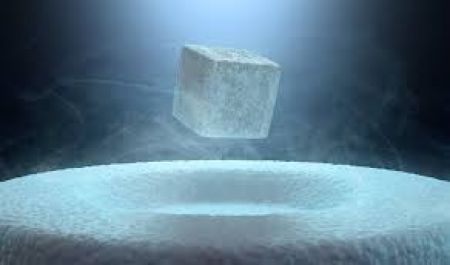 Researchers at Stanford have recently discovered that strontium titanate, a non-metal, has superconductive properties.

The promise of superconductors has been revisited time and time again. The ability to harness superconductors in electronic design—beyond MRI machines and super-colliders—would open a new world of possibilities for power efficiency.

In the past, superconductor research has taken steps toward a theoretical future in which superconductors are used at ambient temperatures. In 2015, for example, hydrogen sulfide made news for having the highest-temperature superconductivity to date at a balmy 203 Kelvin (-94.27° Fahrenheit). Now, Stanford researchers are investigating another unique superconductor, strontium titanate.

Let's take a cursory look at superconductors and how they function so we can better understand what new research into superconductivity can reveal.

What Is a Superconductor?

Superconductors are materials that offer no resistance to electron flow, allowing for 100% efficiency in electrical energy transfer.

The concept was first discovered in 1911 when Dutch physicist Heike Onnes supercooled mercury in liquid helium to 4.2 Kelvin, drastically reducing its resistance. He won a Nobel Prize for Physics in 1913 for his work in investigating what he called the "superconductive state" of supercooled metals.

Only some elements have superconductive characteristics (as shown below), and even then, they have to be put into an extremely low energy state to achieve any form of superconductivity.

The standard theory governing superconductors that's widely used is known as BCS theory, shortened from Bardeen-Cooper-Schrieffer theory. This theory was first developed in 1957 by physicists John Bardeen, Leon Cooper, and John Schrieffer and earned the team the Nobel Prize in Physics in 1972. (You may also recognize Bardeen as being part of another trio of physicists to win the 1956 Nobel Prize in Physics for the invention of the transistor.)

Single electrons are fermions and obey the Pauli exclusion principle, with Coloumb repulsion causing them to separate. BCS theory describes superconductivity as a pairing of electrons into Cooper pairs that overcome Columb repulsion and begin to behave like bosons. Natural vibrations ripple through the material's atomic lattice causing carrier electrons to find another to pair with. While scientists have this theory down pretty well, they're still unsure what holds these electron pairs together.

Scientists at Stanford and the Department of Energy, conducting research at the SLAC National Accelerator Laboratory, have been delving into the behavior of strontium titanate, an oxide of strontium and titanium (SrTiO3). This odd material was already noteworthy for being the first semiconductor (and first oxide) found to have superconductive abilities. Now the researchers have found more weird behavior.

Strontium titanate is nothing like other conventional metal superconductors. Adrian Swartz, a postdoctoral researcher at the Stanford Institute for Materials and Energy Science (SIMES) says that it has the "lowest density of available electrons of any superconductor we know about." This is very different than how superconducting metals normally act, but no one has been able to explain why quite yet. While strontium titanate is quite different, there is actually quite a large number of materials scientists call 'unconventional' superconductors that can't be explained by current theories, Swartz said.

Though superconductors have been around for some time, they're not exactly available for use in electronics. At present, functional superconductors need to be within a few dozen degrees of absolute zero.

While there are many advantages to utilizing superconductive materials in electronics, there are still a number of setbacks that engineers face today. For instance, only being able to act as a superconductor at extremely low temperatures could obviously affect other circuitry and cause it to fail if it doesn't have the proper rating. Hypothetically, a material could be able to act as a superconductor at room temperature, but they would likely be very brittle and hard to shape. Also, the amount of current able to pass through the material is limited before it loses its superconductive properties.

As time goes on, researchers will delve deeper into these limitations and hopefully find solutions to allow superconductors become more versatile.

The Promise of Superconductors

So what could engineers do with superconductors, anyway?

If scientists can better grasp the inner workings of a metal's superconductivity behaviors, there are huge advances that could be made in various fields. The power grid, telecommunications, and medical diagnostics could all greatly benefit from superconductor advances.

Restructuring an electrical grid or power system to a superconducting power system would theoretically take up less space and could be buried beneath the earth, something never seen before.

Telecommunication systems that operate at the gigahertz frequency, for their part, are almost impossible to operate without the use of semiconductor-based circuitry. Incorporating these types of circuits into transmitters and receivers would change the way we communicate to one another.

On the other hand, in the medical field, MRI machines rely on superconducting magnets to observe patients every day. With an increased knowledge of superconductive materials, these machines could be improved and possibly become less expensive to operate.

Given that superconductors operate in the realm of quantum mechanics, it's not surprising that they're also relevant to quantum computing. Recent innovations from companies like Intel have resulted in a superconducting chip